S04Ep1: Together for Better PT1

Stevonnie is a Fusion between Steven Universe and Connie Maheswaran and is considered the very first time a Gem of any sort has ever fused with an organic being.

Stevonnie is currently the shortest fusion in the series. They are taller than Amethyst and Pearl but are a few inches shorter than Garnet, matching Flint. They have an average/athletic build consisting of Connie's slim figure with Steven's chubby, stocky features, curly black hair that reaches to their thighs, and a complexion slightly darker than Steven's. Stevonnie is considered to be very physically attractive, as the citizens of Beach City seem to be in awe of their appearance.

Since Stevonnie is a fusion of two beings with physical bodies, their outfit upon forming is prone to constant change.

Stevonnie's personality is unique. As a fusion, they do not have a single, distinct personality, but instead, have a blend of both Connie and Steven's minds, and they frequently alternate in their control of Stevonnie's behavior and thoughts. They carry the free spirit, friendliness, and fun-loving attitude of Steven and the courtesy, awkwardness, and intelligence of Connie. When under pressure, Connie and Steven's personalities may become more distinct, as when Stevonnie unintentionally became the center of attention at the RAVE, they became nervous and had a panic attack, something that can be traced back to Connie rather than Steven. Stevonnie was shown to be rather obsessive about getting back at Kevin during the Autumn Country Drive. This trait could be inherited from Steven, because of how much anger he had towards Kevin prior to the race.

During their fight with Starlight Glimmer, Stevonnie shows courage and determination to protect her friends and to defeat her, inherited from both Connie and Steven. Like Garnet, Stevonnie is an exceptionally stable fusion, mirroring how well Steven and Connie work together separately. This stability is notably demonstrated while on the Jungle Moon, in which Stevonnie easily remains fused for a fairly long amount of time.

Stevonnie is first formed on Lapis Lazuli's anniversary when Steven and Connie were dancing together and formed more by mistake. Stevonnie became very excited about this, and Garnet allowed her to go off with Lapis for a day of fun, telling her to be sure to have a good experience. And at first, they seem to have a good experience: showing herself to her friends, visiting Sweet Apple Acres, swimming in a nearby lake, and going to see Dogcopter 4 at the movie theater. Her fun halted however when Flint got involved, and kept an eye on her through the afternoon, admitting she had a lot more fun when it was just her and Lapis. She was met by Sour Cream and invited to the RAVE, which she accepted and sent Flint away with a white lie so they could be alone together. Unfortunately, she became nervous when she became the center of attention, and more troubled once Kevin advanced on her. She ironically was saved by Flint, and after some discussion was allowed to stay. In the end, she got too tired, and unfused.

Stevonnie reappeared during a basketball game with the Mane Six and Buck Dewey, something that was caught by Flint and later informed to Priyanka Maheswaran and Doug Maheswaran. She didn't show up again until Steven and Connie had to save them both from the Beartrap Monster, defeating the beast by using her shield to cut its neck, poofing it.

She appeared during their trip to a rock show in Ocean Town as a demonstration to Spike on what fusion was. She would change back, but she wanted to see her first rock show, so she stuck around much to Amethyst's dismay. She figured out later from her that Amethyst wanted Smoky Quartz instead, so she unfused to allow her to do so.

During Yellow Pearl's visit, she was with the others in a snowball match when they found her. When Yellow Pearl was finished, she inquired Sapphire on what to do and agreed to check on her later.

In order to protect her friends from Starlight Glimmer and the Giant Bird, she appeared and confronted them all, saying that she didn't want to hear anything Starlight had to say unless it was an apology. She didn't unfuse until after the fight occurred.

After Steven and Connie's latest encounter with Kevin, Stevonnie was formed to go into the Autumn Country Drive race, her driving because Smoky Quartz was too big for their car. She got very upset at Kevin (naturally), before the race began. She had good speed but had to stop at a gas station along the way where she came across Garnet, who went with her to stop the Alien Pterosaur from hurting anyone. In the end, she came second place in the race.

Stevonnie briefly appears during a training session with Pearl just before the group went off to Griffonstone.

After landing on the Jungle Moon Stevonnie was formed with Steven's idea in mind, as Stevonnie explained that it would help Connie keep up, even if her legs felt a bit weaker than usual because of it. She remained together and with the group throughout the whole trip to the Jungle Moon Base, and helped out Leggy during a storm passing through. She didn't unfuse until after a freak accident by a Tyrannosaur Alien forced her to.

Stevonnie reappears during the two-parter finale, as she was Steven and Connie's answer to fighting Grogar, stating that [she] had been looking forward to this for a long time. While sustaining more injuries during the fight, she ultimately defeated Grogar but still felt that she had to finish him off much to Garnet's plea, insisted that he deserved to lose. She ultimately managed to finish the job by skewering him with his own broken horn, but upon finding what happened to Garnet, the emotional turmoil made her split.

After returning to Beach City, Steven and Connie become Stevonnie to have their rematch with Grogar. However, Stevonnie stated that she didn't need to actually fight Grogar in order to drive him away, making it very clear that they are no longer afraid of him, and that he had to leave. Grogar quickly attacked her, Stevonnie not attacking him at all during the fight, and managing to take Ruby and Sapphire. She pleads with them to come back, saying she loved them just before she and "Garnet" fuse into Sunstonnie. Stevonnie didn't get the chance to come back though, as Grogar used the Rejuvenator on Sunstonnie, splitting up Stevonnie as well in the process. 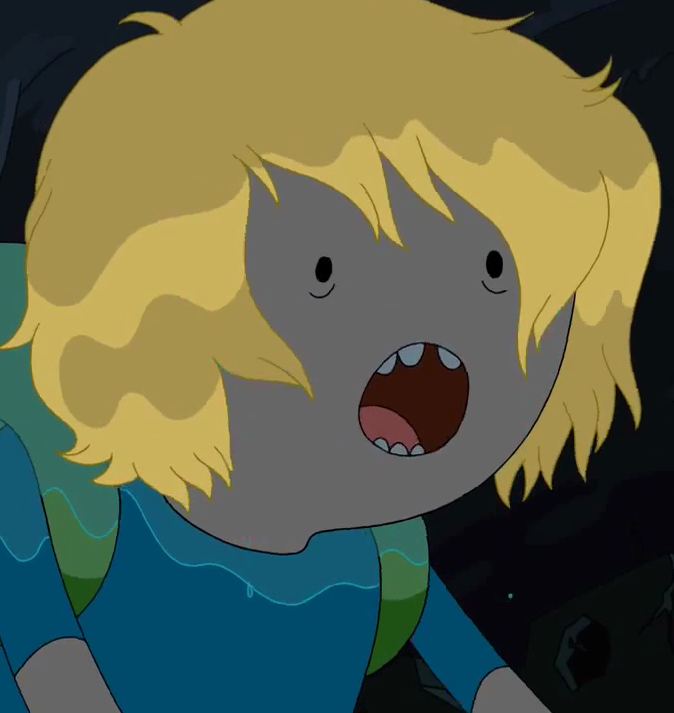